“Dear Jim, I know you are as concerned about climate change as I am. As we all regroup to face a Trump presidency and a Republican Congress, we are planning an event for a few of our colleagues in environmental groups. We at Citizens’ Climate Lobby know we can benefit from an open exchange of ideas on policy solutions and political strategies. It’s a good time to learn from each other and find points of agreement so that we can better support one another. Please join us for a Day of Dialogue.”

This is the opening paragraph of an invitation from the Pasadena-Foothills CCL chapter to four environmental groups: Food and Water Watch, Sierra Club, California Interfaith Power and Light and SoCal 350.

Well, yes. But in the fall of 2016, Washington State carbon pricing ballot measure I-732 was defeated for many reasons, with one piece of the puzzle being because some environmental groups were vocally opposed to the measure. This same situation is one that could also plague national carbon pricing efforts, so it’s important to bridge the gap.  Carol Kravetz is in the Pasadena-Foothills CCL chapter, which hosted the Day of Dialogue event earlier this year. She said, “We decided to do a forum with green groups, bring them together, and listen to their proposals for getting to zero emissions or 100% renewables.” Kudos to Pasadena-Foothills for their courage and willingness to listen.
The day began with opening remarks from Robert Haw, who reminded attendees, “We’re all after the same objective—decarbonization as soon as possible—although each of our groups has identified a different roadmap for achieving it. Yet that difference shouldn’t set us apart—we’re all travelers on the same road.”

Even before his opening remarks, much thoughtful consideration went into planning the day. The event’s stated purpose reads: “These are challenging times. Joining forces and understanding one another as environmentalists with common goals yet sharing different strategies can only make us stronger and wiser. The purpose of our meeting today is to learn more about each other’s ideas on how best to mitigate climate change in order to preserve our planet. And most important, we will explore how we can understand and support each other.”

The planning committee designed a concise agenda and paid careful attention to all the details. There were five representatives from each of the five organizations. The room was set with five round tables. The day opened with Rob’s welcome, introductions and snacks, then followed by five presentations, one from each organization. The presenters were asked to speak to three questions: what is your climate plan, what are its strengths and weaknesses, and what is your plan to get it adopted?

CCL’s John Odell spoke first, setting the tone. Each group was allotted 20 minutes to present and an additional 10 minutes for questions. In the afternoon, there was a working lunch. At each round table was one representative from each organization. Together, the groups discussed the common ground among all our climate plans, and they explored ways our organizations can understand and support each other.
All in all, it was a good day, Carol tells me. Not without its human foibles and some general grandstanding and chest puffing. But as Carol said, it was a good day because it was the beginning of a dialogue.

Turns out, people are people, whether they identify as Democrats or Republicans; men or women; black, white, yellow or brown. We, all of us, want to be listened to. We want to be heard. We get our feathers ruffled. We have a hard time letting go of being right.
But this is where the real work is: opening our hearts again and again and again, so we can build connections and achieve our common goal. All in all, I’d say it’s worth it.
If you want to consider planning your own Day of Dialogue, please feel free go to the Pasadena-Foothills Chapter website to read their planning documents and discussion notes, or email Carol Kravetz for support and advice.
***** 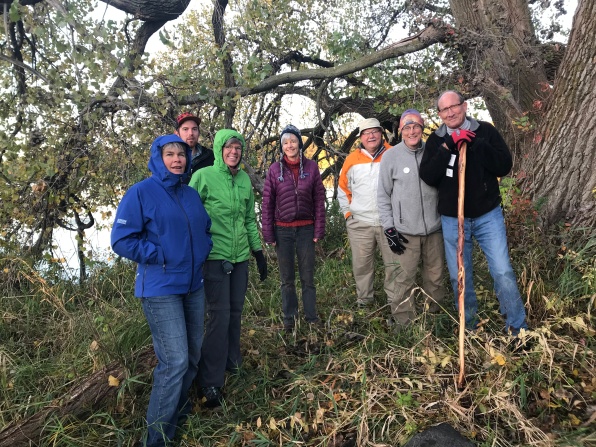 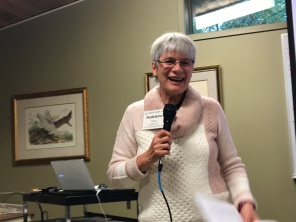 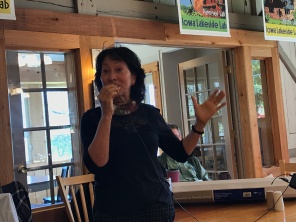 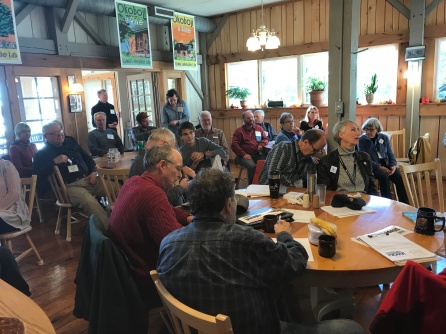 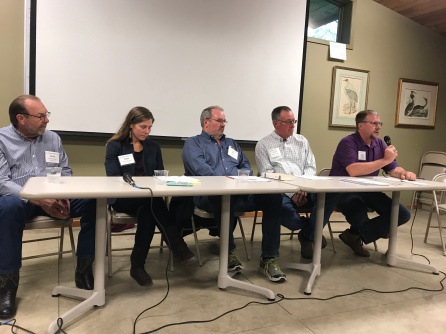 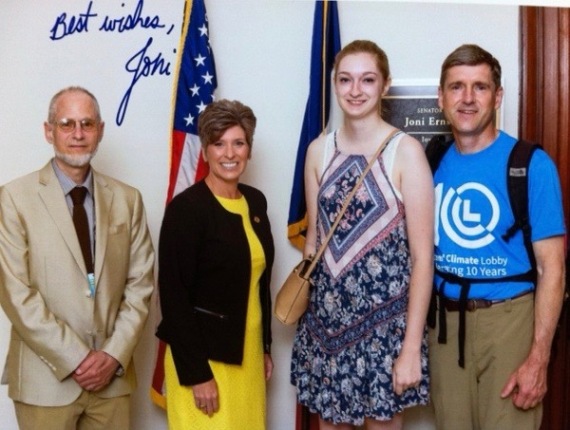 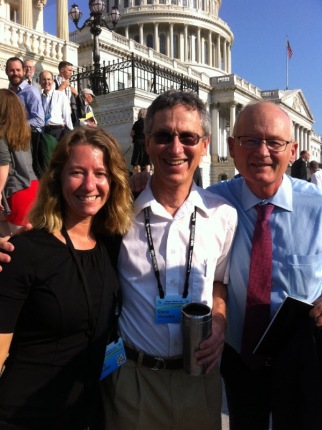 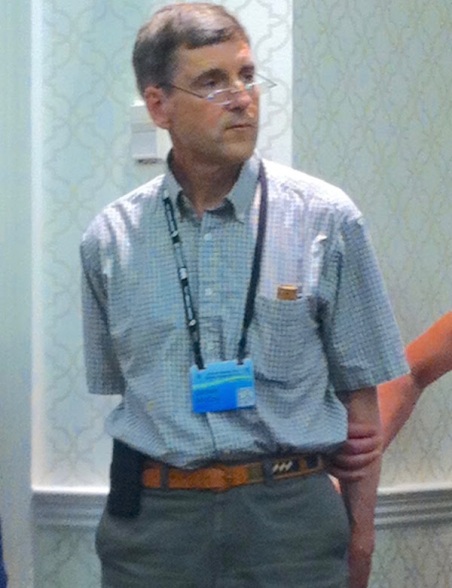 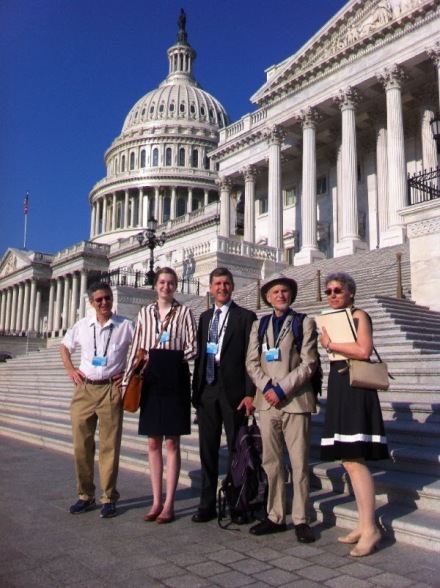 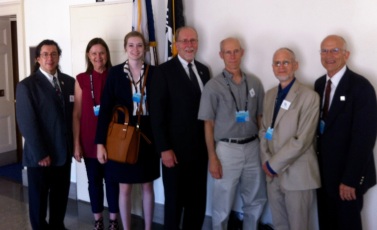 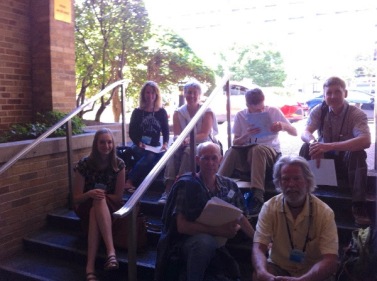 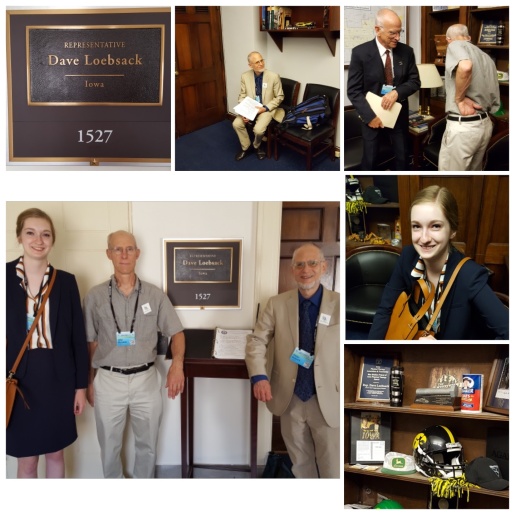 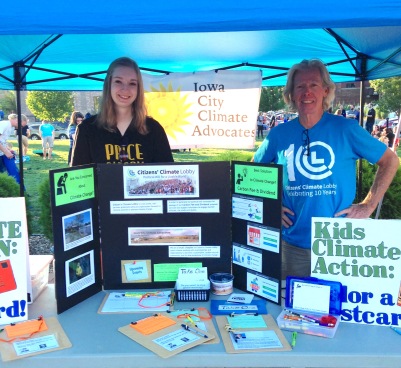 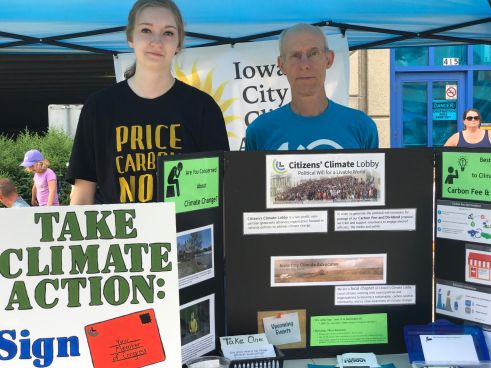